skip to main | skip to sidebar

It has become a well known phenomenon, that good music reaches through to the main stream music industry. This time it is the US Rock Group The Killers that reaches the international main room of music. I still remember my first experiences with the Las Vegas band that was one of the main songs on my graduation parties soon two years ago. Then it was songs like 'Smile Like You Mean It' and 'Mr. Brightside' from their 2003 Album 'Hot Fuss'. Since then the band have released three more albums. The genre is unique in many ways, as placed in a original style the Alt./New Wave/Punk/Rock band creates an energic atmosphere and their music has been a main structure in every party mix that I have composed since the first day they reached my ears.

Through their new album 'Day & Age' (2008), The Killers reached a mass appeal and this through help with former Gwen Stefani and Madonna producer Stuart Price. With hits like 'Human' and 'Neon Tiger' critics called 'Day & Age' one of the best albums of 2008. With songs like 'When You Were Young' their second album 'Sam's Town' sold 700,000 copies and the future seems to promise more than that.
With influences like The Cure and The Smiths the sound composed among the four members is new, it's original and the vocals of Brandon Flowers are clean and lean but yet powerful to the melodic, electronic/instrumental compositions of their songs. We should all be aware and enjoy the time of a great act in the main room of music main stream culture as it raises the quality of our main stream music industry.
Highlights: 'Jenny Was a Friend of Mine', 'Mr. Brightside',  'Smile Like You Mean It' (Hot Fuss),  'When You Were Young', 'Read My Mind',  'Bones' (Sam's Town), 'Sweet Talk', 'Romeo & Juliet', 'Change Your Mind' (Sawdust), 'Human', 'Losing Touch', 'Neon Tiger' and 'Spaceman' (Day & Age)
Posted by Stefan LG Henriksson at 6:13 PM

Releases of The Week 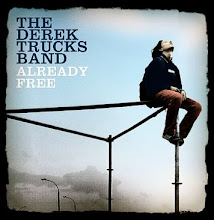 What We Can Look Forward To 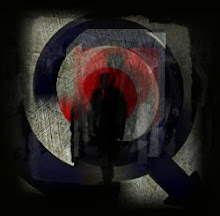 Echoing Tunes in my iTouch (Ninth)

Blog's Worthy of my Time

My Personal Ten or Eleven Tune-Time-Albums